A voters guide page I built on the local newspaper's website. 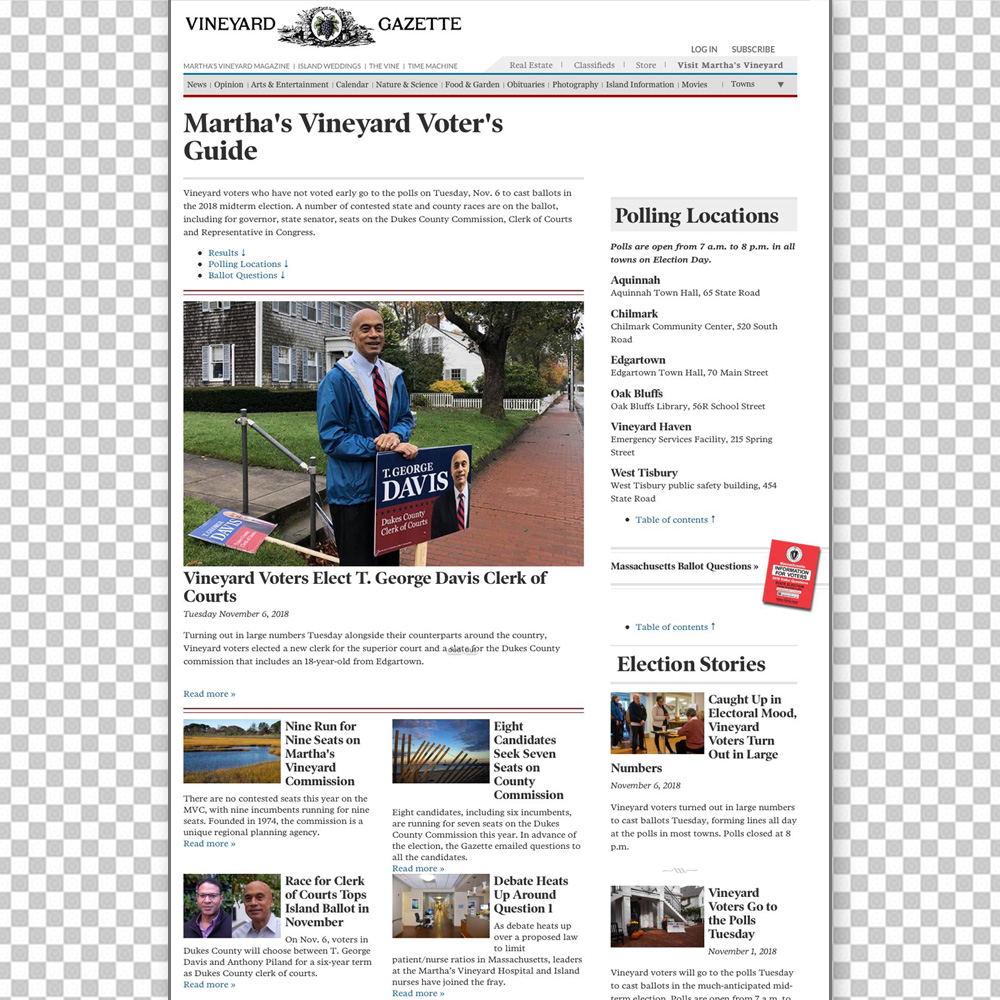 I built a page on the newspaper website that has all the Vineyard Gazette's election coverage. It lists all the recent stories, poll locations, multimedia, and election results.

This year is the first year the newspaper's website has more mobile users than desktop users. I know start with mobile in mind. To ease navigating the page I put links at the top to blocks that are further down the page. I imagine someone on their phone trying to find polling information and summaries of the candidates on their phone before voting, as I often do.

The page changes from a voter's guide, before the election, and an election recap after the election. 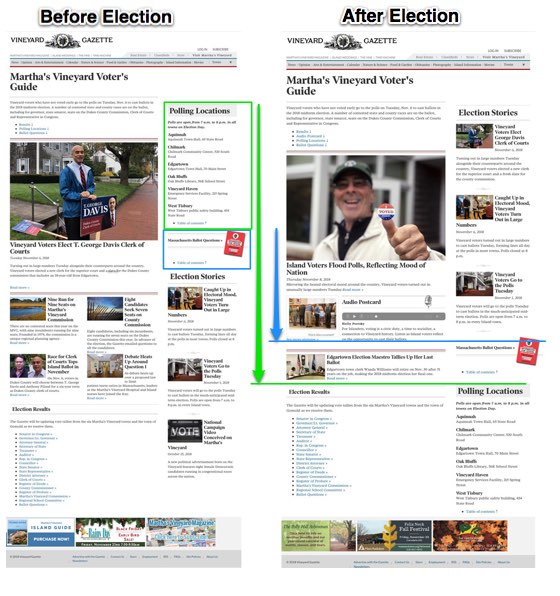 Some media elements are added after the election as well, which changes the page a bit.

Interviews were recorded, and pictures were taken.

During the day of the election the newspaper directs traffic to a results page. That allows me to focus on convert the voter's guide to an election wrap-up page. 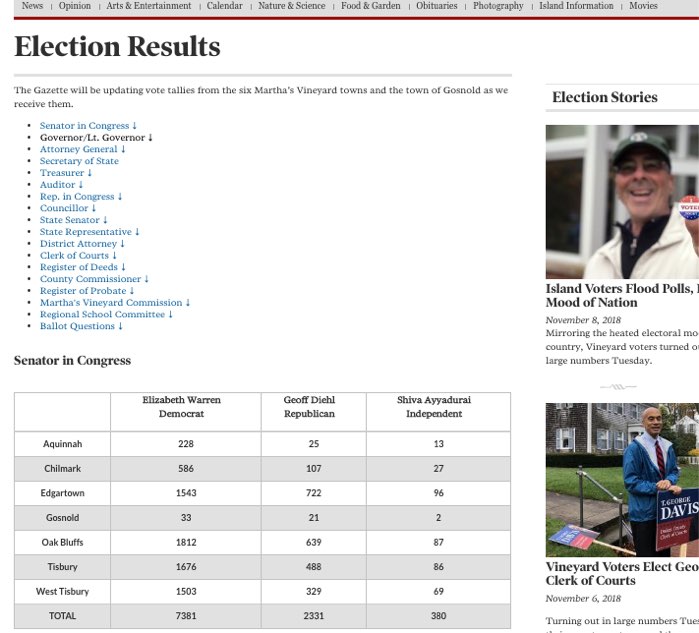 Ideally this results in the community seeing the newspaper's coverage as an accessible and reliable source of information. The page feeds on the web traffic of function, which is then in turn seen by search engines. Hopefully next year traffic to the webpage will be more self sufficient; we won't need to send people there. People will seek it out in it's current location, and for people that don't know about it will more likely have it presented to them by search engines.