Curating to your Environment

Time spent studying the culture you're doing art in is time well used. 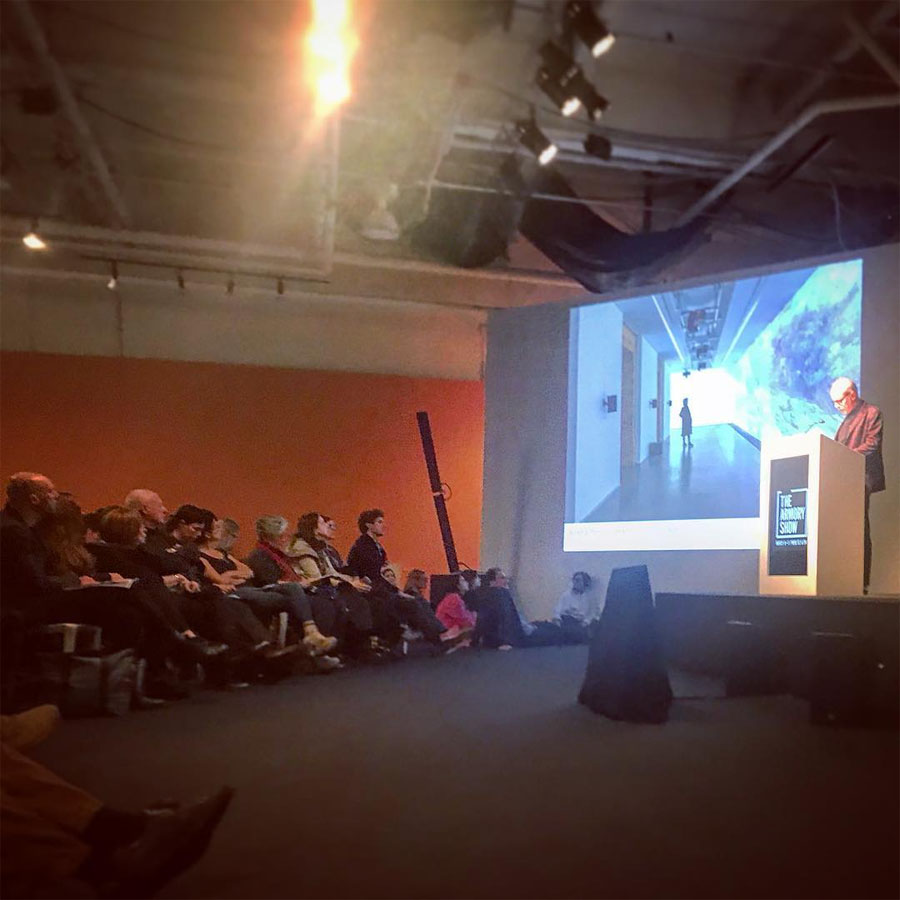 One thing I found appealing about [living on Martha's Vineyard] is that although there is plenty of culture here, it was devoid on new media art. I felt like I could be that scene, and help to create it. Not wanting to alienate the existing culture, or insult anyone I've made sure to understand the creative history of the island. Without the structure of an academic program I feel like I've been stuck in a perpetual state of study. How would one ever feel like they've learned enough to have the audacity to believe that they could seemingly embellish on what's existed hundreds of years before their arrival? Now I believe is time to act, and this talk by a world renowned art critic gave me a sense of what those actual actions might entail.

I hadn't heard of Hans-Ulrich Obrist before this event, but I get the impression that's not something I'd be able to openly admit in the crowd I found myself in. Knowing who he was was not critical to the impact of his words. He focused on tying in the culture of the environment when curating an art show. This gave me justification for actions I had already started taking. I can do a new media show in an environment of traditional media, in the case of Martha's Vineyard oil painted land and sea scapes, and singer song writer music.

I don't feel my time studying is wasted, but I do feel the time of action is now.